See that you walk circumspectly, not as fools but as wise, redeeming the time, because the days are evil. - Ephesians 5:15-16
The last week of each year tends to become the lost week.
Have you noticed? Once we turn the corner of Christmas, everything blurs. From December 26 to January 2, we slip into a state of "hyper-holiday suspended animation." As far as truly fruitful living is concerned, we might as well have spent the week on Mars.
A mentor in my life gave me some suggestions on how to make this “lost week” significant in preparation for the year and ending the existing year. I've prepared a list of suggested activities to allow you to keep enjoying the spirit of the holidays, while still making solid use of those transitional days. Lord willing, these suggestions will help keep the blur out and the focus in! This week - call it "Countdown Week" as we approach the New Year - you might give a day or a part of one to any or all of the following.
1. Summarize... organize.
Loose ends tend to fly in the breeze as year-end winds blow. Take a couple of hours, sit down with a notebook, and ask the Lord to help you think of things which need to be tabulated for future action. Pay special attention to those nagging, left-over, still-to-do things from last year's list. Who wants to drag a cloud of unease and uncertainty into the bright, fresh days of the New Year? Zeroing in on these long-neglected items can help blow the fog away as you step over the threshold of January 1. No, we will never get everything done. But somehow, just knowing what is left and listing it on paper gives a sense of completion and closure. It's an act that removes guilt and opens the way to positive action.
2. Read a large book in the Bible.
Get a running start on your goal of reading through the Word in the New Year. It takes about three to four minutes to thoroughly read an average page in the Bible. Take two to four hours and read a Bible book all the way through. Genesis covers sixty-three pages in my Bible (about three to four hours) and Revelation's twenty-one chapters (about an hour and a half). Pick your own size book, take an evening or afternoon, and feast there!
3. Undress the house
Many of us celebrate Christmas with festive decor and few (if any) surpass what Janet does at our place! Some years ago, we learned the wisdom (at least for us!) of getting the Christmas dressings "undressed" by New Year’s Day. It puts a fresh face on everything and emotionally gears you to walk into the year without feeling you're already behind still trying to finish off the old one.
4. Send thank-you notes and letters.
Don't be forgetful of a commonly neglected but much-appreciated practice. The briefest note of thanks or letter of warmth and love at this season speaks volumes! Take the time necessary. Let people know you appreciate them... and their gift too.
5. Set aside time for "fullness."
As appropriate as holiday celebration is, it's very natural to find yourself drained by all the action and activity. A dullness or listless apathy may besiege the soul at this time of year unless we seek the Lord for a refreshing and refilling of His Spirit.
Don't wander down from a bright Christmas mountaintop into a swamp of indecision, lethargy, and wasted opportunity. When that first Christmas was over, Joseph heard the words of the Lord's angel and took immediate action, saving the life of the Child.
That's what I want to do: Listen for His voice and then do what He says without doubt or procrastination. There's no telling how far you might go this year with that kind of head start!
Love you, Victory Family,
Pastor Mike

Who You Are in Christ

If you have received Christ as Lord and Savior then you are “in Christ” and He is “in you.” Because you are in Christ, EVERY ONE of these statements is true of YOU.

Read the above list every day for a month, preferably out loud. The more you know who you are in Christ, the more your behavior will reflect your true identity. Simply choose to believe what God says about YOU. 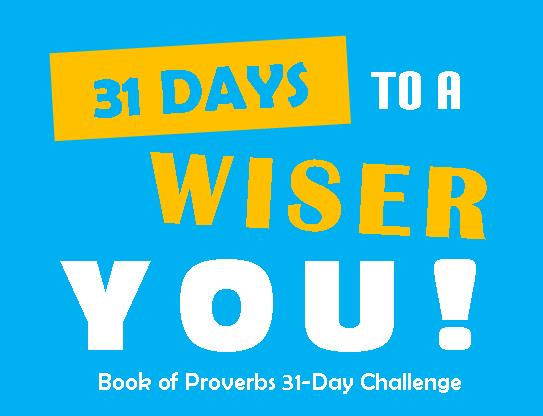 Question: "What is wisdom? What is the difference between wisdom and knowledge?"

Answer:  Wisdom and knowledge, both recurring themes in the Bible, are related but not synonymous. The dictionary defines wisdom as “the ability to discern or judge what is true, right, or lasting.” Knowledge, on the other hand, is “information gained through experience, reasoning, or acquaintance.” Knowledge can exist without wisdom, but not the other way around. One can be knowledgeable without being wise. Knowledge is knowing how to use a gun; wisdom is knowing when to use it and when to keep it holstered.

God wants us to have knowledge of Him and what He expects of us. In order to obey Him, we have to have knowledge of the commands. But as equally important as having knowledge is having wisdom. Knowing facts about God and the Bible is not all there is to wisdom. Wisdom is a gift from God. James 1:5 states, “If any of you lacks wisdom, you should ask God, who gives generously to all without finding fault, and it will be given to you.” God blesses us with wisdom in order for us to glorify Him and use the knowledge we have of Him.

The book of Proverbs is perhaps the best place in the Bible to learn of biblical wisdom. Proverbs 1:7 speaks of both biblical knowledge and wisdom: “The fear of the LORD is the beginning of knowledge, but fools despise wisdom and instruction.” To fear the Lord is to start on the path to knowledge, and God can then begin to provide us with wisdom through Christ, who the Bible says is wisdom itself: “It is because of him that you are in Christ Jesus, who has become for us wisdom from God - that is, our righteousness, holiness and redemption” (1 Corinthians 1:30).

Knowledge is what is gathered over time through study of the Scriptures. It can be said that wisdom, in turn, acts properly upon that knowledge. Wisdom is the fitting application of knowledge.

The Priority of Praying Together

I bring the issue of praying together up for three reasons:

It's good to have, but not important enough to join; something you briefly tack on to a meeting before you get down to the real business. There are a growing number of believers who view prayer meetings as optional, secondary. But here is just one of the five reasons for the   Corporate Prayer Meeting:

There are so many examples of how corporate prayer was the springboard for the sweeping movements of God. Let me mention a few. In 1857, America was riding the wave of a strong economy, and, as tends to be true in times of prosperity, showed a radical decrease of interest in the things of God. There was a layman named Jeremiah  Lamphier whose concern led to a call for prayer. He tacked up notices in NYC calling for a weekly prayer meeting on Wednesdays from noon till one at a rented space on Fulton Street.

The first prayer meeting was on September 23, 1857. Only six people came, and they didn't arrive until just before 12:30. The next week, the attendance jumped to 20. The numbers continued to climb week-by-week.

Then, on October 10th, the Stock Market crashed and financial panic ensued. Trouble had its humbling affect and the hearts of many turned to spiritual matters. It wasn't long until somewhere between 10 and 50,000 businessmen were meeting every day in NYC to pray at noon. By week 15, the meetings moved from weekly to daily.

In 1858, this prayer movement leaped to every major city in America. The Second Great Awakening swept our land. Estimates are that a million Americans out of a population of 30 million at that time were converted in less than two years. And it all started with prayer.

Rees Howells, a Welsh coal miner, journeyed to South Africa as a missionary in 1910 in response to an increasing burden from the Lord. Six weeks after arriving, he joined in a prayer meeting. Out of that came the sweeping work of the Holy Spirit in which they had two revival meetings a day for fifteen months and all day on Friday. Thousands were converted as a result.